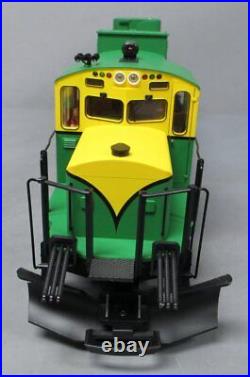 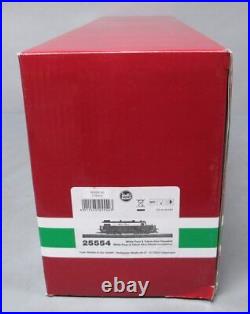 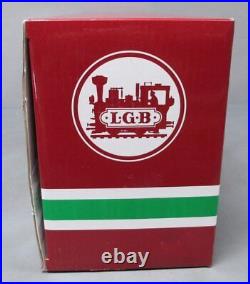 This item has been graded per TCA standards C-8: Like New. Elevate your current collection even further with the addition of this incredibly designed White Pass & Yukon Route Railway Alco Diesel Locomotive! This locomotive is a can't miss due to it's vibrant realistic paint scheme, powerful motor, and masterfully crafted details that give it an even more realistic aesthetic.

The narrow-gauge line of the White Pass & Yukon Railroad was originally built by prospectors in the days of the Gold Rush of Skagway to bring out the interior. After a time of closure, for economic reasons, was in 1988 following a sharp increase in tourism, the first tourists transported back to the track Skagway-White Pass.

The prototypical model of this Alco diesel locomotive has a very extensive wide variety of features: Its key features are: Cab doors that can be opened Four-position selector switch for the mode of operation General-purpose electrical socket with a safety feature 2 encapsulated gear drives 4 axles powered Traction tires 12 electrical pickups Headlights that change over with the direction of travel Multi-train control system decoder Digital electric sounds such as a horn, bell, brake sounds, etc. Length: over the buffers about 63 cm / 24-13/16 Weight: 4,000 grams / 8 pounds 13 ounces This item has been graded per TCA standards C-8: Like New. There are a few trim parts included in sealed bags with this item for attachment. The original box is included.

The instruction manual is not included. Check the photos for a detailed look at this item. Overall condition is Like New. Complete, all original, no rust, may show some sign of being run and/or age. Standards for all toy train related accessory items apply to the visual appearance of the item and do not consider the operating functionality of the equipment.

Condition and Grading Standards are subjective, at best, and are intended to act as a guide. The condition of this item leads us to believe it is fully functional. Please note, after seven days our systems may automatically re-list unpaid items. Explain why the item does not meet your expectations and how you would like us to handle the issue.

If your item has been damaged try to include a photograph of the actual damages. We'll do our absolute best to make you happy. Make sure to include your contact and order information when you return your items. This item is in the category "Toys & Hobbies\Model Railroads & Trains\Railroads & Trains\Locomotives".