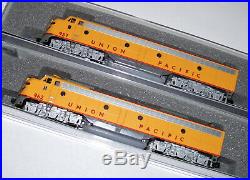 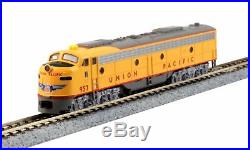 T he "City of Los Angeles" was one of the Union Pacific's "City of" trains, and a direct competitor to trains such as the California Zephyr and Santa Fe Super Chief, and was typically pulled by four E9's in ABBA formation. EMD's bulldog-nosed E9 locomotives were ideal for passenger service due to their smooth ride and higher horsepower compared to other passenger locomotives such as EMD's own F3 and F7 locomotives.