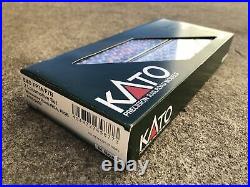 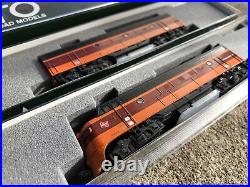 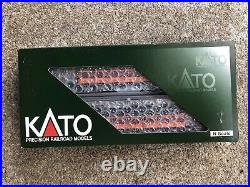 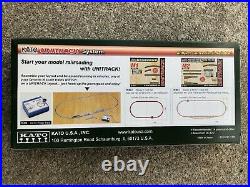 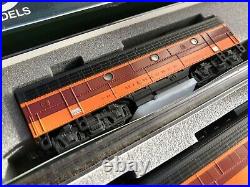 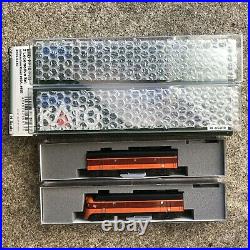 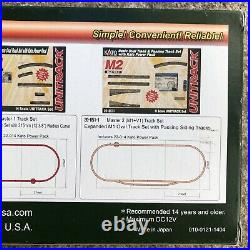 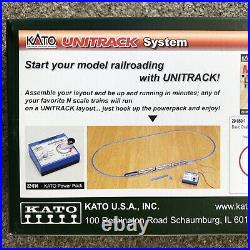 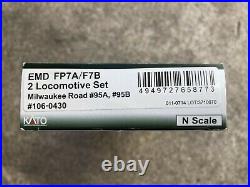 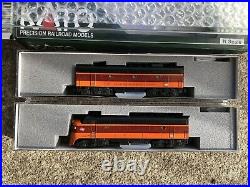 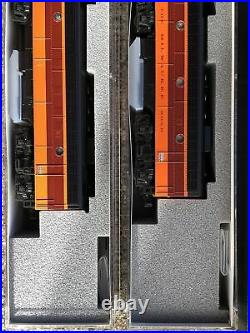 N Scale EMD FP7A & F7B Milwaukee Road A/B. The Milwaukee Road used a total of three different locomotives to pull the consist between Chicago and Olympia, WA in the early 50's - two electrics (used on electrified portions of the journey) and the EMD FP7 - a specialized variation of the F7A which was lenghtened to accomodate a larger water resevoir for its steam generators (a necessity for long distance passenger service like that of the Olympian Hiawatha). Comes with an FP7A and F7B locomotive equipped with Steam Generators. Per-prototype painted in the Milwaukee Road's Orange, Red and Black Scheme representing the post 1952 trainset.

A-unit LED has directional headlight and illuminated number boards. Drop in DCC compatible with the Train Control Systems K0D8 series and Digitrax DN163K0B. Final assembly was at GM-EMD's La Grange, Illinois plant, excepting locomotives destined for Canada, in which case final assembly was at GMD's plant in London, Ontario. The FP7 was essentially EMD's F7A locomotive extended by four feet to give greater water capacity for the steam generator for heating passenger trains. While EMD's E-units were successful passenger engines, their A1A-A1A wheel arrangement made them less useful in mountainous terrain.

Several railroads had tried EMD's F3 in passenger service, but there was insufficient water capacity in an A-unit fitted with dynamic brakes. The Atchison, Topeka and Santa Fe Railway's solution was to replace the steam generators in A-units with a water tank, and so only fitted steam generators into the B-units. The Northern Pacific Railway's solution was to fit extra water tanks into the first baggage car, and to pipe the water to the engines. The real breakthrough came when EMD recognized the problem and added the stretched FP7 to its catalog.