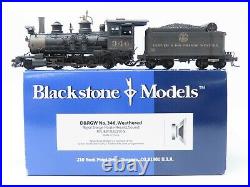 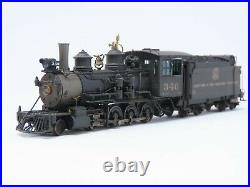 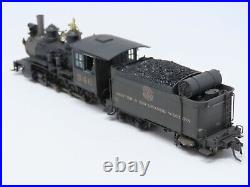 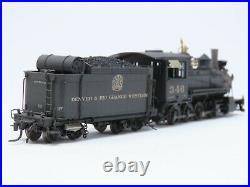 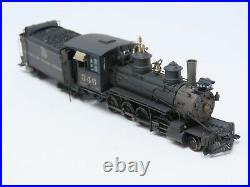 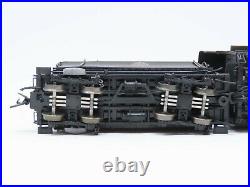 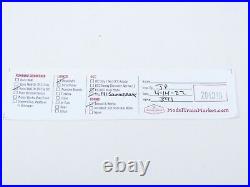 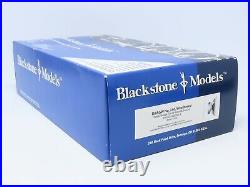 Narrow Gauge enthusiasts could argue that the 346 is among the most well-known of the C-19 class locomotives. July of 1881 saw the arrival of Class 70 No. 406 and she was quickly assigned to the steep grades of Marshall Pass and all along the Gunnison Extension (Third Division) with the other Class 70 arrivals.

The year 1903 saw the 406 heading south toward the San Juan Extension to Chama and the 4% grades of Cumbres Pass. The 406 also spent a little stint as the Durango switch engine. For the next 15 years 406 would be assigned sporadically all over the narrow gauge mainline (spending much time in Montrose) as well as being leased to the Rio Grande Southern on many occasions.

The 406 was re-numbered 346 in July of 1924, and continued to serve the Colorado western slope narrow gauge country. Following a little modification with the addition of the C&S Ridgway cinder catcher, the 346 went to work between Denver and Leadville. The three leased C-19s were not particularly popular with C&S crews due to their propensity to derail. This problem was generally attributed to the non-flanged No. 2 and 3 drivers on the worn track conditions of the C&S narrow gauge line. Problems aside, the 2-8-0s were used extensively during their South Park tenure. Things went relatively smoothly for the 346 until July 25, 1936. After cutting off from the rest of the train at the top of Kenosha Pass, the 346 headed east running light toward Denver. The engineer quickly lost control of the consolidation and the 346 overturned on a curve barely a mile below the summit. The engine suffered significant cosmetic damage, but even worse was the loss of the engineer that fateful day. 346 continued to serve the C&S until April of 1937, at which time she was again loaded up on a flatcar to head back home along with the 343 and 345. A fire that destroyed the McPhee sawmill in early 1948 signaled the end of 346's active career on the narrow gauge. After being stored with no future on a spur track in Dolores for nearly two years, the engine was rescued from the scrapper's torch by Robert W. Richardson and the efforts of many subsequent volunteers at the Colorado Railroad Museum, old 346 proudly steams today in Golden, Colorado much to the delight of the visiting throngs of railroad enthusiasts each year. Fluted Sand and Steam Dome.

Please message us right away with any issues you experience with your order. Welcome to Model Train Market, your online Hobby Shop!

We specialize in a variety of pre-owned model trains, all backed by our 100% Satisfaction Guarantee! Growing up, my grandfather and I worked together building our model railroad layout.

After working with one of the most respected model train dealers for 13+ years, it is my pleasure to bring this online hobby shop to you. We promise to bring you great deals on trains in Z Scale, N Scale, HO Scale, O Scale, and even some G Gauge! Doug - Model Train Market.

The seller is "modeltrainmarket" and is located in this country: US. This item can be shipped worldwide.