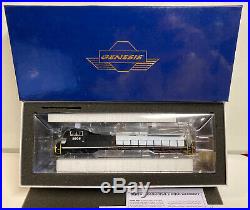 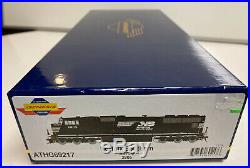 This is Athearn product number #69217 and road number #2805. These were former ATSF and BNSF Locomotives.

AEI tags mounted on the frame or jacking pads per prototype. Safety tread on the walkways.

All-wheel drive with precision gears for smooth and quiet operation. Wheels with RP25 contours operate on Code 55 and larger rail.

This item is in the category "Toys & Hobbies\Model Railroads & Trains\HO Scale\Locomotives". The seller is "thetoycrossing" and is located in Middletown, Ohio. This item can be shipped to United States.